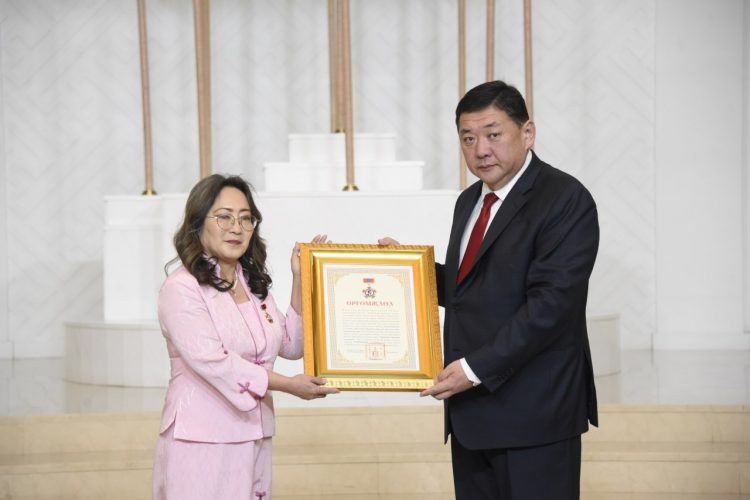 Awarded in recognition of her comprehensive research on strengthening fundamental legal system and book ‘The legal ideology of Mongolian statehood of the 13th century and its values’, Kh.Selenge was presented the prize by the Parliament Speaker M. Enkhbold on January 13. She is the first woman to receive this prestigious prize.
The prize is granted every year with a purpose to encourage scientists and experts who made valuable research-based academic works on development of national legal system and legislative procedure. Previously, it was granted to MP D.Lundeejantsan, Honored Lawyer I.Dashnyam, Sc.D and Prof D.Bayarsaikhan and academician Kh.Narangerel.