After participating to the “Sakura” student exchange program in Science, 10 undergraduate and graduate students with 2 professors of National University, Mongolia (NUM) came back from Japan, supported by Japanese Foundation of Science and Technology. It was held in Japan from 19 February to 1 March 2018. During the program, the participants visited to the Science museum, Coal mining museum, Miyazaki Sewage Treatment Plant and Center for Environmental measurement and Analysis and so on. 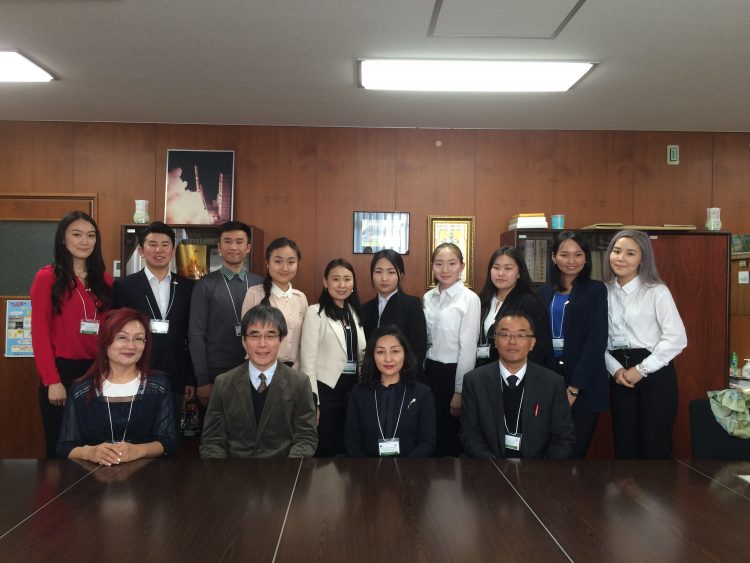 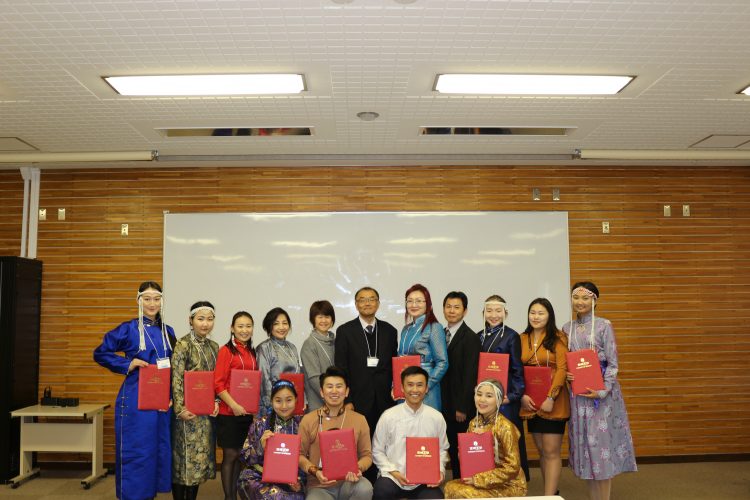 “Sakura” exchange program have successfully implemented for three times by guidance of Professor Koichiro Shiomori, University of Miyazaki and Professor Bolormaa O, National University of Mongolia.
The participants presented their learning and exploring new knowledge such as culture and life style as well as improvement of science technology of Japan and shared with their impressions with the students on the 21st March 2018, at the library building of NUM. 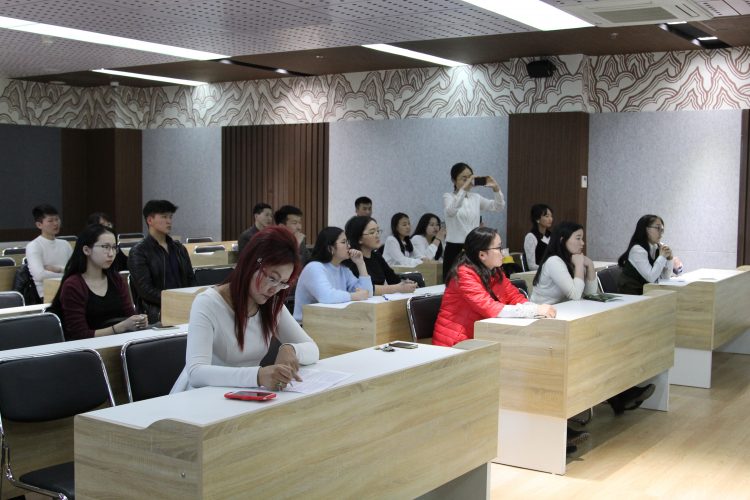 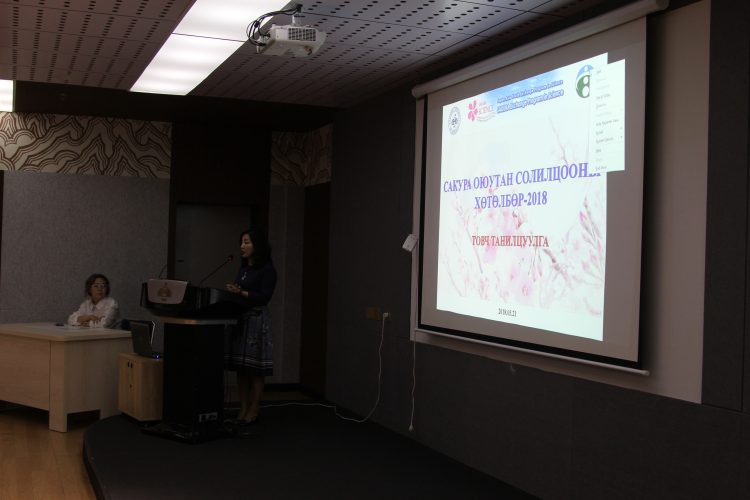 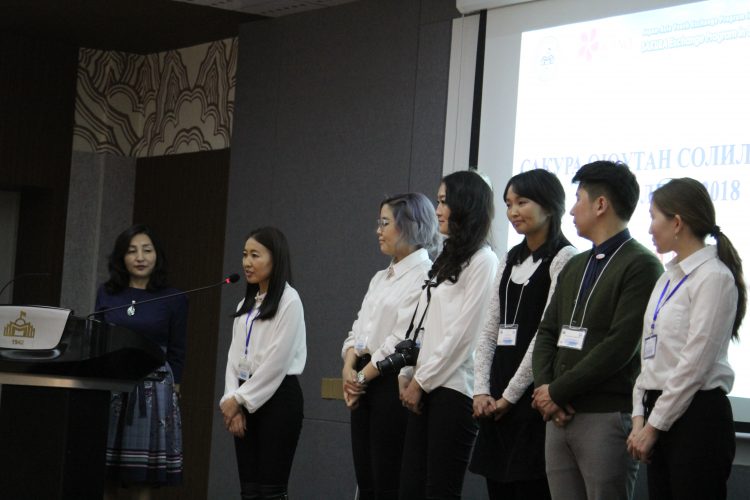 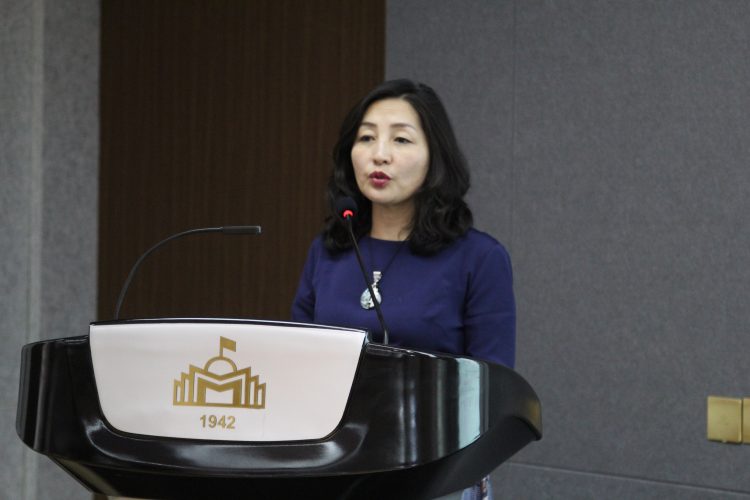 During this event, Professor Bolormaa O delivered an opening speech about how to apply and join to the program.
One of the “Sakura” exchange program member, Tserenbaljir L, bachelor student of School of Applied Sciences, NUM made her speech to the audience: – Hello everyone. Thank you for your interest and attending to this event. In this program, we noticed wonderful Japanese culture and experienced with their success of Science and Technology. We visited the Science museum, Omuto coal mining’s museum, Sewage water treatment plant and Center for environmental analysis. In the cultural exchange, one of the clarifications of nationality is their costume kimono, traditional ceremonies and one of national important intangible folk cultural property is “Yokagura” in Takachiho city.
While we were participating in this program, we recognized many aspects of Japanese ethics such as well manner in communication and also infrastructure was built extremely well, because there are not any traffic problems in Japan. I learned that we should learn many things from Japan through my experience. We assumed that Japanese development directly related to tendency including persistent and hard working characters of Japanese people.
Thank you very much for leading Professors, Bolormaa O, and Koichiro Shiomori. 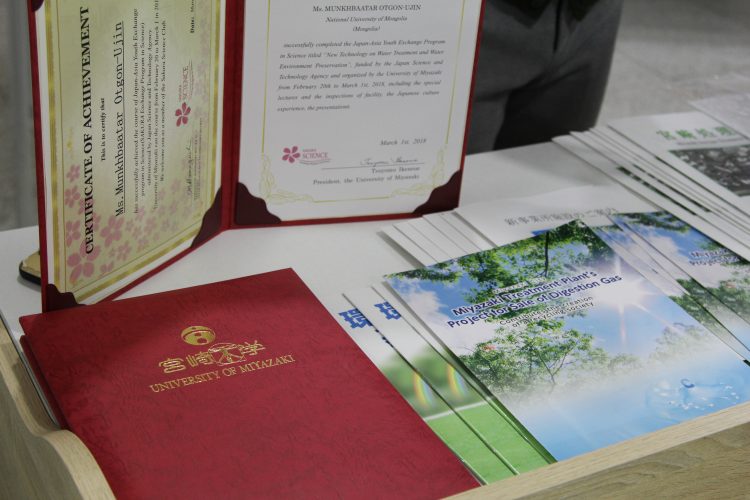 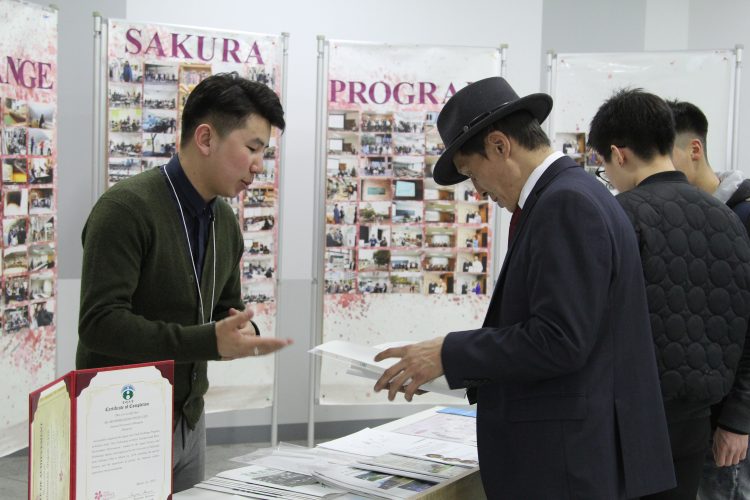 It is emphasized that “Sakura” student exchange program in Science is open for all students who are engaging environmental studies during the event. 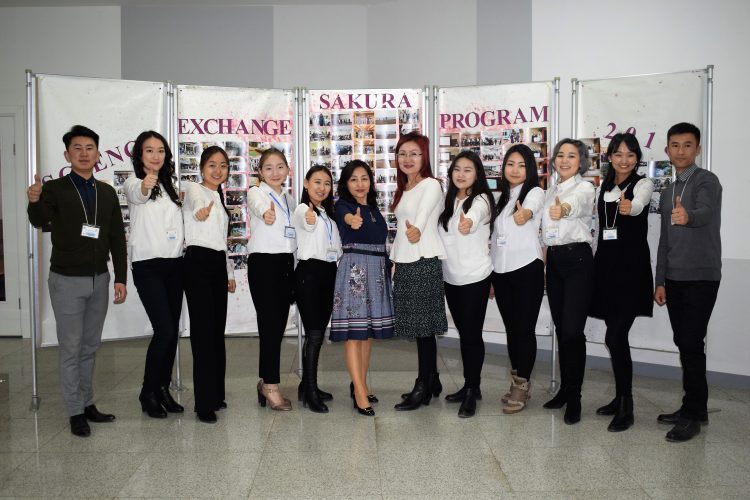 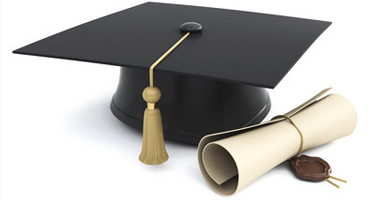 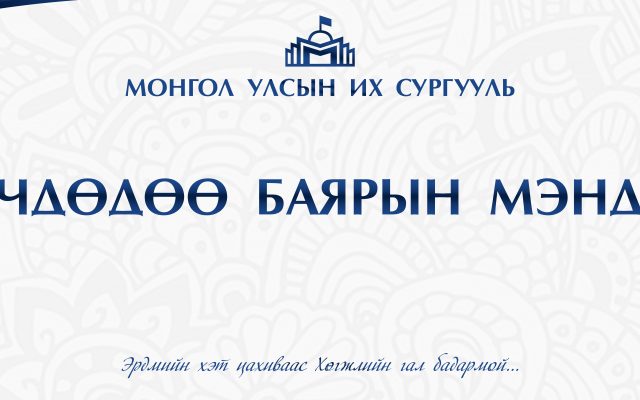