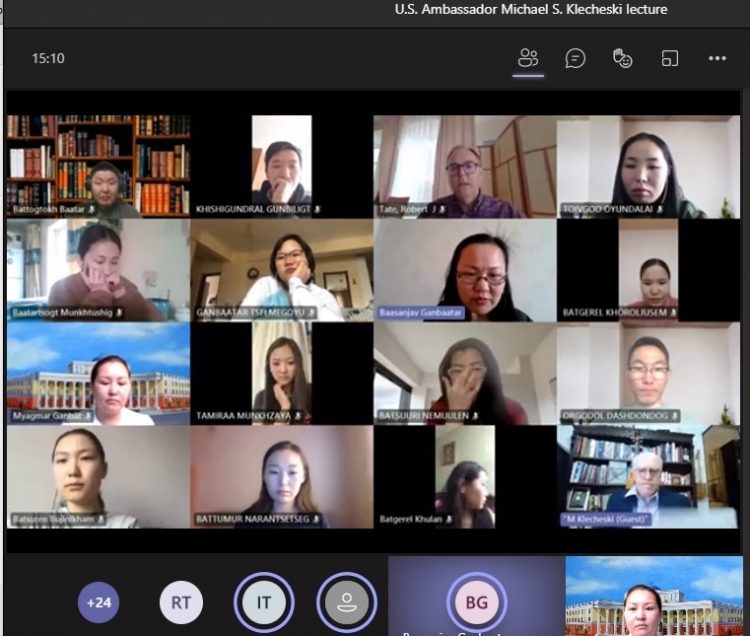 After the lecture, Robert Tate and John Dwyer from Public Affairs Office gave some information to students about educational opportunities, programs, and scheduled activities from the U.S. embassy. Also, the Ambassador responded to questions from students about the significant achievements regarding the diplomatic relationship between two countries, U.S. programs to Mongolia and public administration in general. The Public Administration Department invited U.S. Ambassador Michael S. Klecheski for the third lecture in the near future to which the Ambassador graciously accepted. On behalf of Public Administration Department and SIRPA we sincerely appreciate U.S. Ambassador Michael S. Klecheski and the U.S. embassy representatives for taking the time to virtually meet with us. 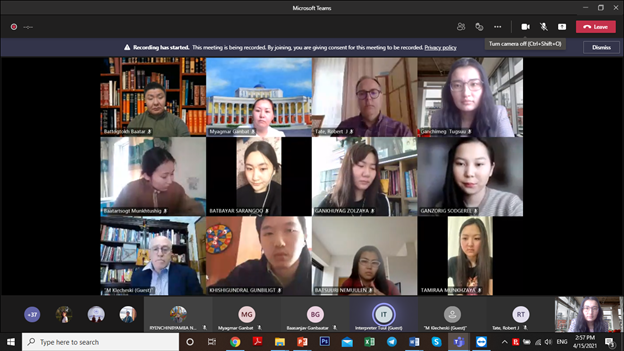 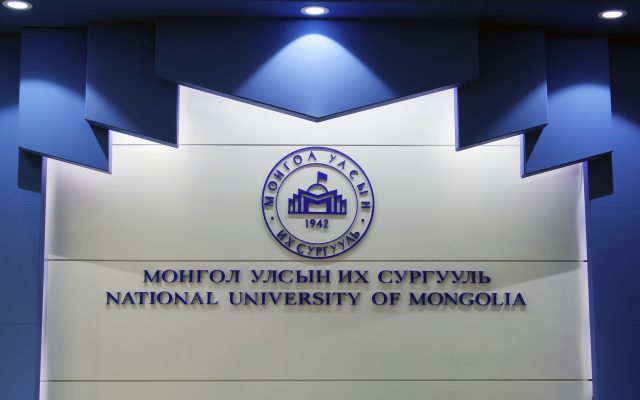